Did you know there are two common types of sidebuddies (block 7)? The most common – and easiest – is the set up you see here:

But another common configuration is called sidebody-buddies and configures the buddies in a P shape, like so:

Sidebody buddies is a bit easier to keep close on the hill, but maybe a bit more challenging to do on the flat. The front piece has a less clear reference and the key can be tougher to do simultaneously. (Tip: The OC looks back when they have grips, the tail keys. The rear piece can give just a slight beat before beginning to let the message sink in on the front)

Ever wonder if there are any more options for this block?

One of my former teams, Perris Fury, did try a marquis style block 7 once. The idea is that it would have been slick out of a Zig Zag Marquis (21), out of Cattacord (G), or into a Compressed (16). It was a disaster we never repeated. The centers collided since they are moving into each other, and the outsides had a hard time seeing the key. Could we have cogged it or something? Maybe. But it was so bad the team unanimously agreed it didn’t even warrant a repeat.

Want to spin some buddies with Fury Coaching? Sign up for a Fury Lab to master the cog. 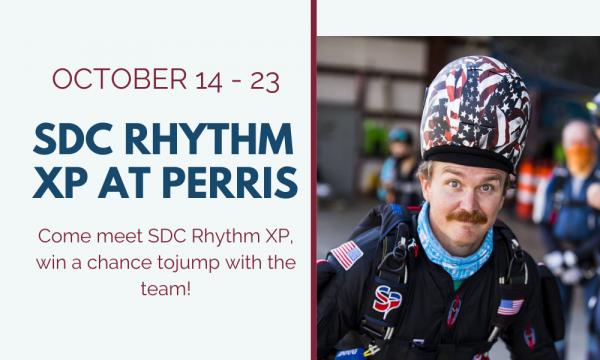