We have a coach! Do they cater lunch? Here are the more common team decisions and who is responsible for making them.

Every team and coach are different, but here is who typically decides what for the teams I coach.

There are different types of teams that I work with, including project teams and player-coach teams.

And I always have advice and input for all of these decisions! In the end, roles are agreed on by both parties so you can customize anything you want.

I can’t choose your individual goals! In most cases, teams will also decide their mission without me. On the other hand, if I am forming a project team, I may have a vision in mind as I recruit. 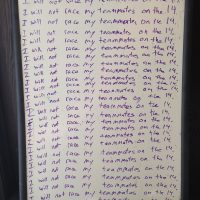 Who is on the team? Whenever possible, I let the team choose its members. I think it adds to the foundation of trust and acceptance.

Project teams are the exception – and this is one of the big draws for a lot of skydivers. Recruiting, especially for 8way, is exhausting and time-consuming. I have customers who are happy to surrender the reigns to have it done by someone else.

If I could dictate everyone’s budget and schedule you’d all be full-time jumpers! The team sets the cap and tells me their time and money limitations.

Target pace and duration of the day

Forty-minute calls or back to backs? Done by 3:00 pm or done by 7:00 pm? Typically the team will tell me how fast they want to go, how many jumps they are targeting, and when they need to stop.

However, after targets are set the team will hand over the reins. The pace and number of jumps each day are tied to the daily team goals and energy levels. For example, if we are doing meet simulation I might slow a team down intentionally.

Weather calls is most often the team captain’s call. I’ll have opinions and help conduct the survey, but in the end, it is the team’s choice.

The most critical piece of training is knowing precisely what you are working on each jump. If you don’t define success you are unlikely to achieve it!

Choosing, defining, clarifying, and reminding the group of the goal is the coach’s job. A team will have ideas and input, but the coach, in the end, sets the target.

Delivering a plan with the jumps for the camp is the coach’s domain. They should be linked closely with the team’s daily and season goals.

Occasionally a team will be given homework to craft particular kinds of skydives, but the coach picks in the end.

Block or jump execution is dictated by the coach. A coach will have a broad set of knowledge about options and will often have a philosophy that defines which techniques they teach. A great coach will think about experience level, strengths, limitations, and previous practice before choosing.

Despite that, I am occasionally overridden. My most memorable mutiny was on the 8way team, Perris Moxie. They saw the Golden Knights spinning a compressed piece forward on block 17 (buzzard – buzzard). The team begged and begged to do it that way, and I objected fiercely. The group had a sneaky talk and decided they would change it on the next jump. After the initial moment of shock in the sky when I saw it, I laughed the whole way down. (It ended up working pretty well after we switched it!) 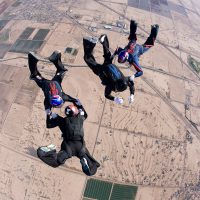 No matter what the structure of the team is, members must work together with the coach to craft a successful experience. Hopefully, this provides a starting place for your team and coach to discuss your decision-making processes! 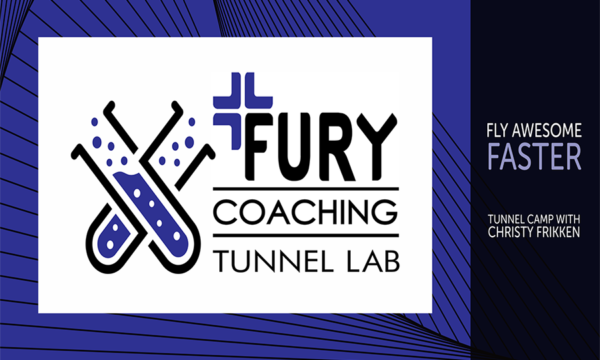