Just like other sports, there are positions on a 4-way team. They are Point, Outside Center, Inside Center, and Tail.

Not Found in the rules

You won’t find a reference to any of these positions in the rules. They are made up to streamline training and create efficient formation engineering.

Teams decide that everyone has a particular slot for each formation. The Point is always the red guy whenever we build a bow, for example. Slot assignments aren’t a rule, just a good idea. 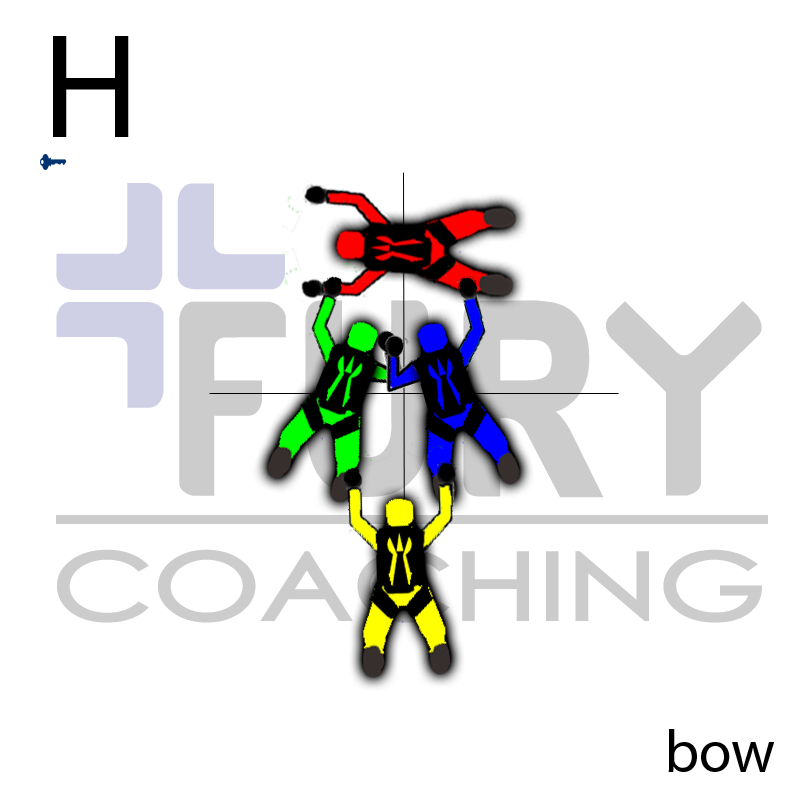 If you look at a bow, three of the flyers are facing the Point. That is a common circumstance across formations. It is named Point because it forms the point or tip of each shape.

The point usually exits from the inside of the airplane closest to the pilot.

The point’s piece partner is the outside center.

This slot outfaces (turns away from the middle) a lot. They have to get good at presenting cats, phalanxes, and bipoles.

The Tail is opposite the point. Again using our bow as an example, they are in the back looking at everyone else. They form a tail to most shapes.

The tail is typically outside the airplane towards the rear of the door.

The tail’s piece partner is the inside center.

The Tail’s prominent feature is gripping. They take a lot of sidebodies and cats. 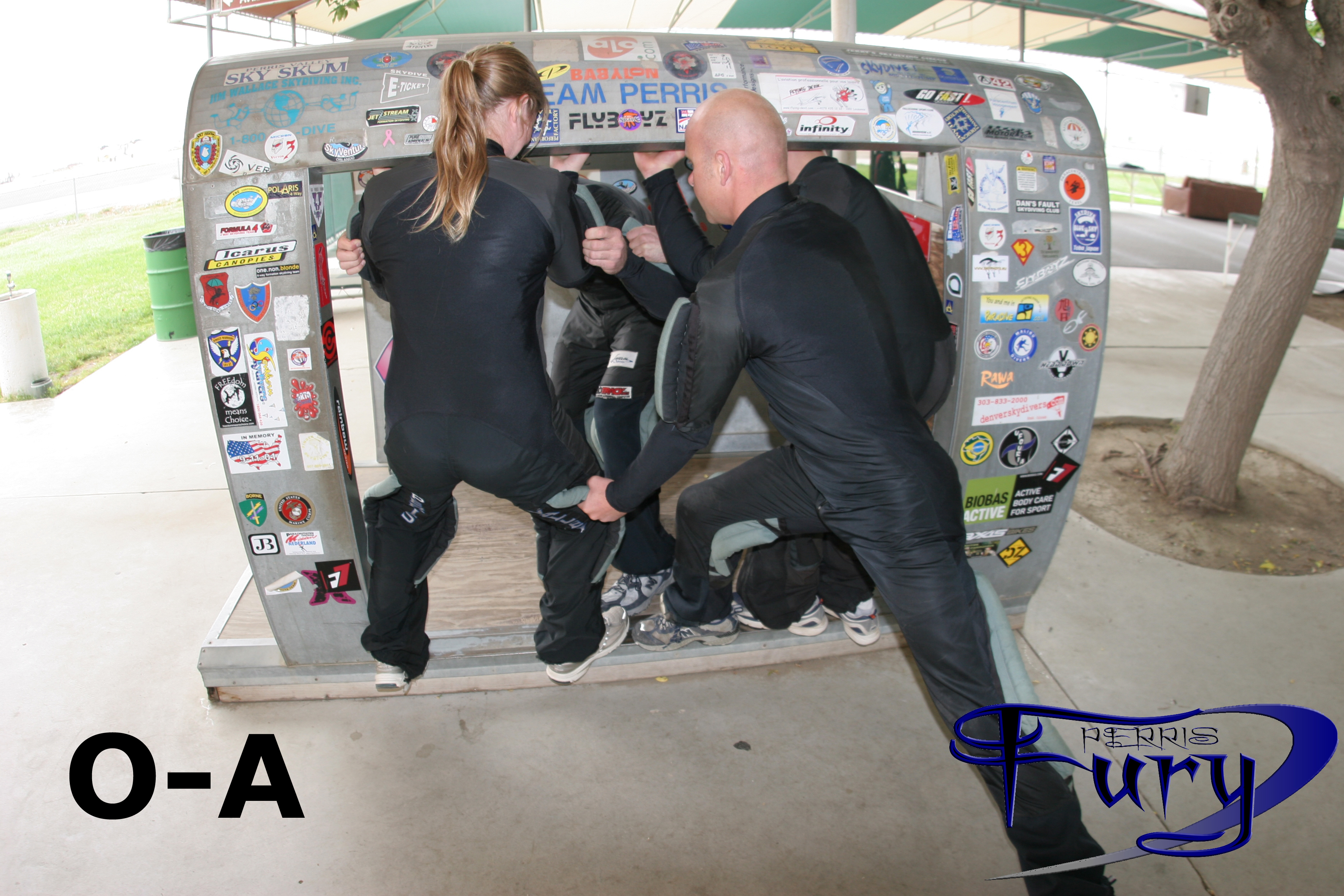 The outside center is the center that exits from outside the plane. They are usually on the left side of the formation (In left-handed continuities).

The outside center exits from the outside of the plane near the front of the door. Sometimes called a ‘front float.’

The outside cener’s piece partner is the point.

The outside center is faced away from the center about 1/3 of the time and faced in for the remaining. This proportion has them making big turns back and forth, often referred to as the ‘washing machine.’

The inside center is the center exiting from the inside of the airplane. They are on the right side of the formation (in the US). They tend to have smaller moves, need to pick up the outside center’s grips, and are gripped by the tail.

The inside center exits from inside the plane, towards the back of the door.

The inside center’s piece partner is the tail.

Because the inside center is in the thick of things, they have more information about the team’s status. They have almost all of the keys. The analogous American football position is the quarterback since they control the pace and feel of the dive.

There are a lot of suggested rules for determining who goes where. Here are a couple reasonable suggestions.

The angles build from the center out, so putting your more experienced people in the middle gives them more control. More precision and decision making skills should make everything faster.

Lighter in front, heavier in middle and back

You can also decide by size. The Point outfaces more, which can make a person fall faster. Additionally the Point and Outside Center go over the top of the back piece in most blocks.

The two centers set the fall rate, so it can make sense to put gravitationally endowed people there.

The tail is usually taking grips and spinning people around. Because grip taking adds surface area, a bigger person does well in the back.

I can think of exceptions to every slot rule you have heard. In the end, if you are excited to do a specific slot, go for it! Enjoying what you are doing also improves your average.

The next time a group asks what slot you want, you now have an answer! Consistency is good for a training team, but don’t be afraid to try them all when jumping around. Point, Outside Center, Inside Center, and Tail are all great fun!

Check out the Fury Continuity. Or grab the mnemonic cheat to learn all the randoms today! 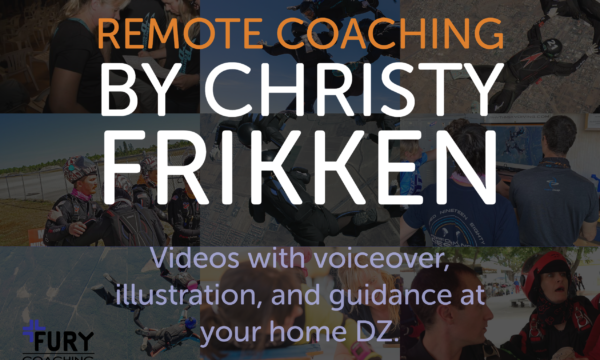