There are so many formations and techniques to learn in 4-way! Who has time to learn the actual rules?

You do! Read on for the quick and accessible description of competition 4-way rules!

Competitive 4-way (and 8-way) is a 10 round race where teams have 35 seconds (50 in 8way) to cycle through assigned formations as fast as possible. Teams know what the formations will be beforehand, but they don’t know the order.

To score a point, a team must build a formation.  Skydivers complete a shape by gripping onto each other’s arms or legs.  Teams get specific sequences of formations at each meet.

After a team builds the first formation, they must separate contact before making the next point.  Players must let go and clearly show four individual bodies not making contact.  Without complete separation, the team will not score that point. 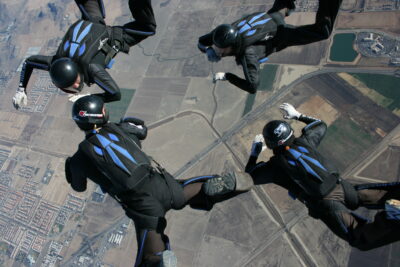 Each meet, the director draws formations from a “pool.”  Official competitions use the same dive pool, so competitors know the possible points in advance.  They do not see the order to build them in, which is the challenge.

There are two types of formations: randoms and blocks.  If the arrangement is one single stationary formation, it is called a random and is worth one point.  Other formations have a beginning, middle, and end.  These are called blocks and are worth two points. These formations are represented by both names and letter/number codes. Knowing the codes is useful, but very optional when you start.

Randoms are static formations worth one point.

Blocks are three-part moves with a beginning, middle, and end.  The start and end are stationary formations, just like a random.

Block names are the first and last formations sandwiched together.  The examples to the right are called Bipole-Bipole and Zig zag-Marquis.

Certain blocks require teammates to fly attached, called a piece move.  Other times teammates are required to fly individually and do a certain amount of rotation.

How to Do Them

For both randoms and blocks, the dive pool pictures may not reflect how to execute them well.  Mirroring and cheating angles are essential techniques to create the fastest, most efficient builds.  For blocks, vertical movements and cutting corners are standard.  The best way to figure out the best move is to ask a coach or get an excellent continuity plan. 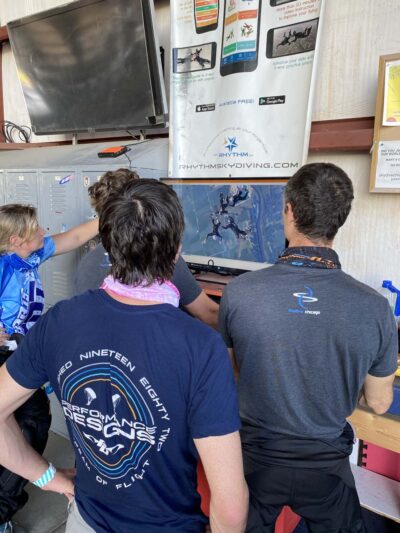 Number of Points Per Jump

The number of formations on each jump depends on your division. For beginners, it can be as low as 3-4 points. The open division will require 5-6 points per jump.

Every single meet is different because the jumps are picked at random. The full set of jumps for a meet is called a draw.

At your meet, a judge or meet director stuff the formations into a bag and start pulling them out to create individual dives.  Once picked, the formations stay outside the bag, so you don’t have to sweat doing your least favorite block repeatedly!

If you plan on a full skydiving meet, there will be ten rounds with a potential tie-breaking round.  Local meets usually last just six jumps.

Hopefully, that gives you an excellent introduction to the rules! Dying to give it a try? Look for a local meet or a Fury Coaching event to join up! 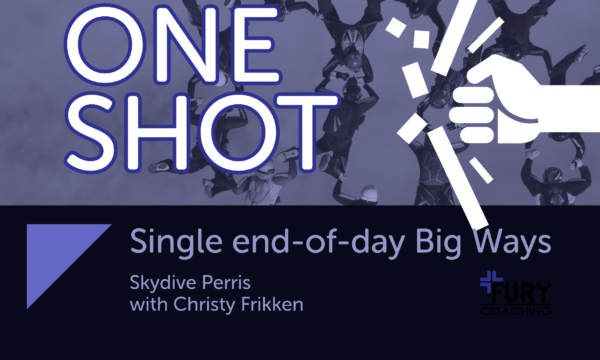